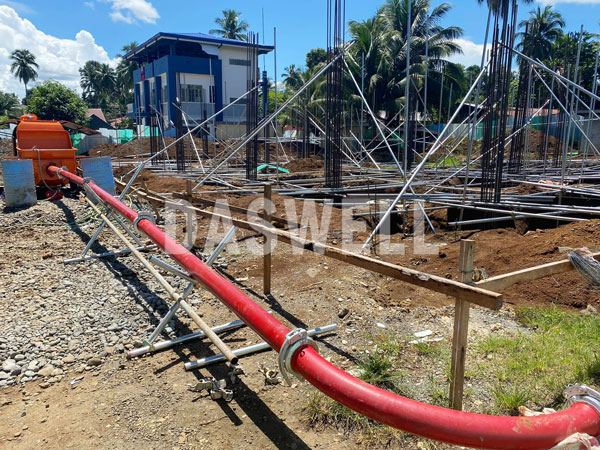 In the process of concrete pumping construction, the problem of concrete pump blockage will inevitably occur. If the blockage problem cannot be solved effectively in time, it will not only affect the construction process, but also lead to the degradation of project quality. Therefore, it requires the operator to find the concrete pump problems in time and develop reasonable and effective solutions. In the following, I will analyze the possible causes of pump blockage and the related solutions. 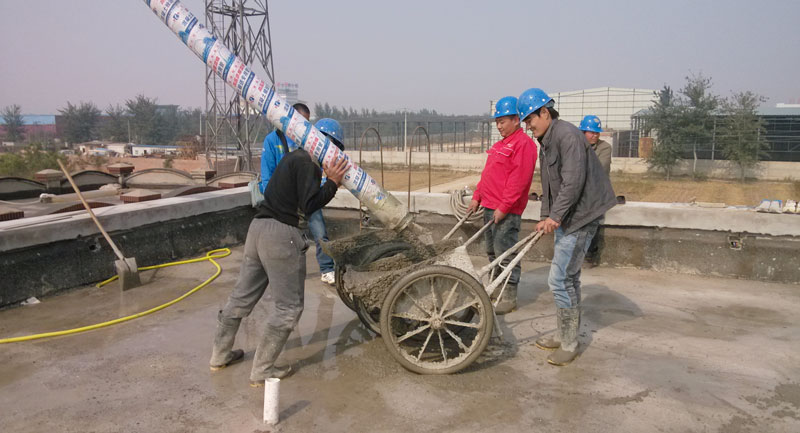 The Quality of Concrete

If the slump is small, it will easily lead to increased conveying pressure and increased wear and tear of the equipment, thus causing concrete pumping pipe blockage. However, a large slump will lead to the possibility of concrete segregation in a high-pressure environment and thus lead to pipe plugging.

Measure: The concrete that needs to be pumped must be tested for slump after it arrives at the site to ensure that the slump is within the specified range, which is generally between 12 and 18 cm. 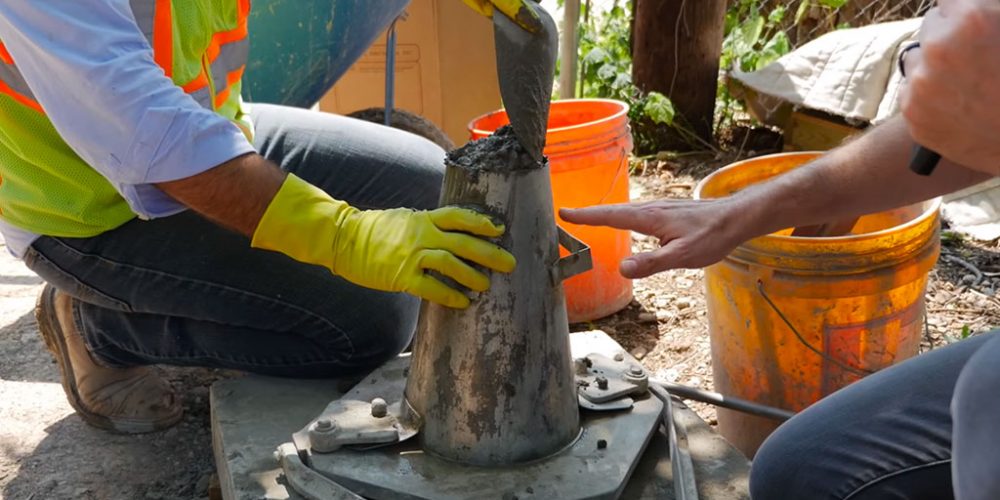 In the process of pumping concrete, the cement acts as a cementation and lubrication. At the same time, cement has good water retention properties, making it difficult for concrete to bleed during pumping. If the amount of cement is too small, it will seriously affect the suction performance of the concrete and increase the pumping resistance. In addition, the water retention of concrete will become worse, and segregation and pump blockage will easily occur. 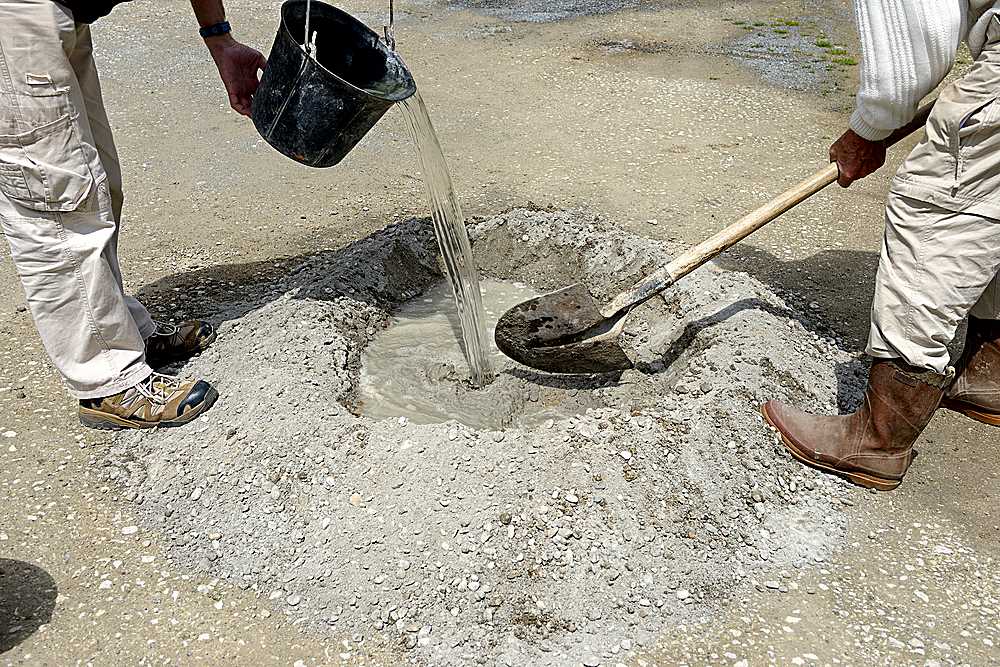 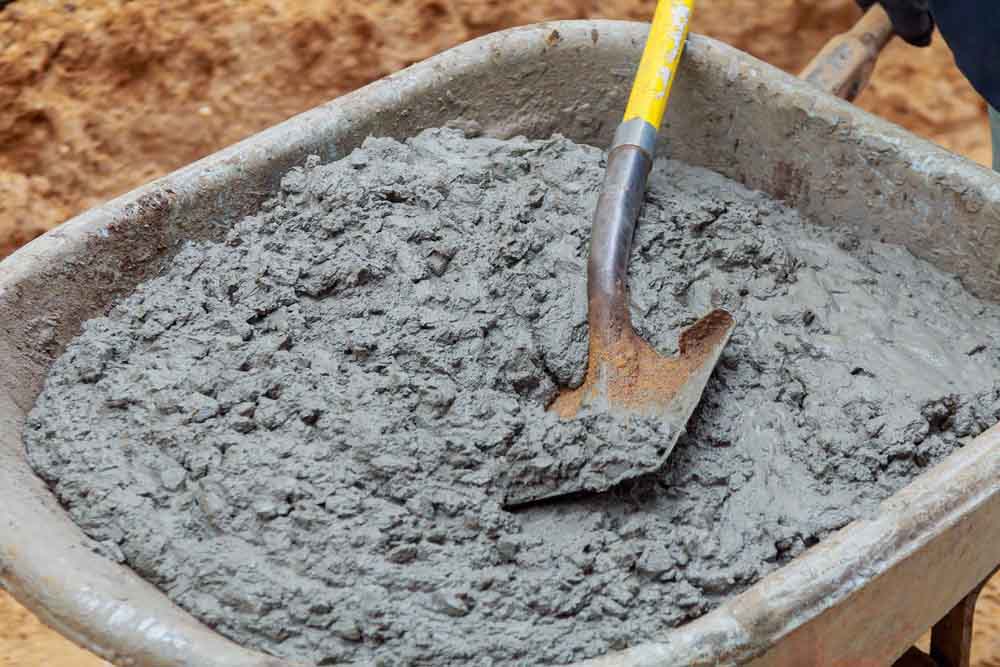 Sand content refers to the content of fine aggregates. Fine aggregate can be divided into: river sand, artificial sand, sea sand, mountain sand according to the source, among which river sand has the best pumpability.

The pumpability of pebbles is better than that of gravels. Too low sand content or unreasonable coarse aggregate gradation may cause the occurrence of pipe blocking. 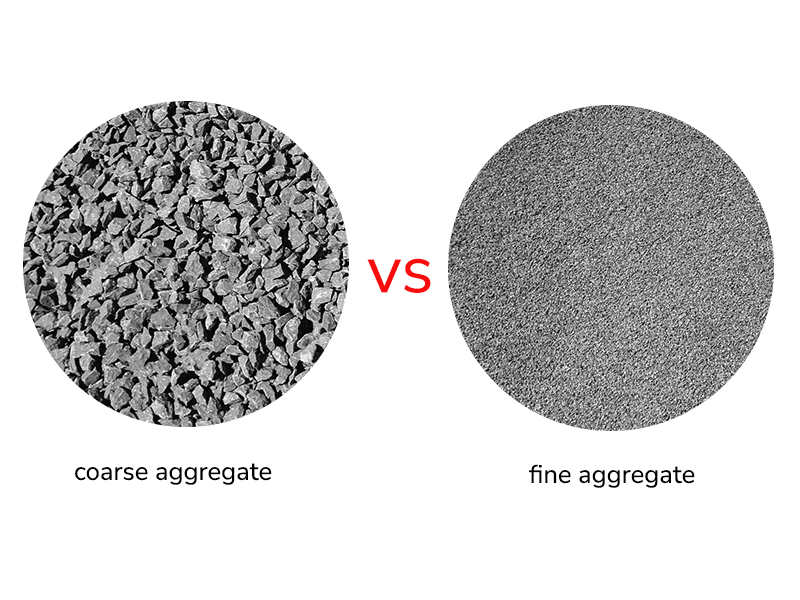 The concrete was not pumped out in time after mixing and stayed in the pump pipe for too long causing a blockage.

Measure: During the downtime, the pump should be turned on every 5-10min (the specific time depends on the temperature, concrete slump, concrete initial setting time) to prevent pipe blocking. If the downtime is too long, the concrete has appeared the first set phenomenon, it is not suitable to continue pumping.

Problems with the Pipelines

Use too many elbows when laying out the pipe; Excessive bending of the hose at the outlet end; Poor sealing of the pipe and pipe joints, resulting in pressure relief and slurry leakage during the conveying process.

Measure: 1. When concrete pump pipeline is arranged, the pipes should be laid out in accordance with the shortest distance, the least elbow and the largest elbow. Minimize the conveying resistance and reduce the possibility of pipe blockage.

2. At the pump outlet stacking position, the elbow pipe cannot be directly connected. It is necessary to connect a straight pipe over 500mm first, and then connect the elbow pipe.

3. At the outlet end of the pump, the bending radius of the hose is generally not less than 1 meter.

4. It is necessary to tighten the pipe clamp forcefully to ensure that the joint is tight. When the sealing ring is found to be damaged, it must be replaced in time. 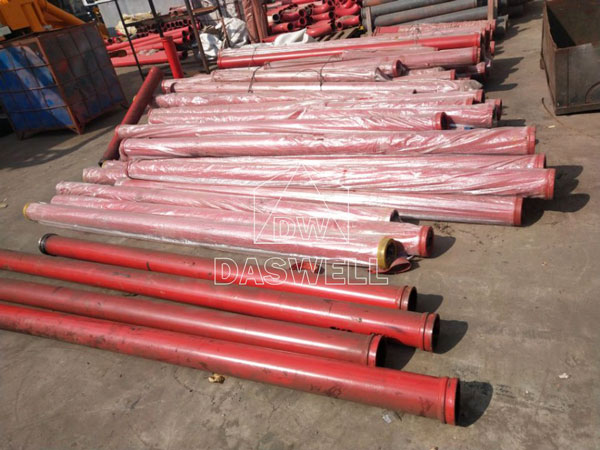 When connecting pipes in the middle of pumping, too many pump pipes are connected at one time and the pipes are not wetted with water, plus there are debris on the inner wall of the pipes, it is likely to lead to blockage.

Measure: Each time only one pump pipe is added, and the inner wall of the pipe should be fully lubricated with water. And to ensure that the newly connected pipe wall is clean and free of debris, as far as possible to avoid the emergence of the phenomenon of pipe blocking.

If the cutting ring and the glasses plate are damaged severely, the gap between the two will increase. In this case, slurry leakage is prone to occur, causing concrete pump blockage.

Measure: If the gap is too large, the special-shaped bolts must be changed to avoid excessive gaps between the cutting ring and the glasses plate. If it cannot be changed, the wearing parts can be replaced directly. This method can be used in concrete pumps of the “S” valve series, but not in other series of concrete pumps.

The operator was distracted during the operation and did not notice some abnormal conditions during pumping. When the phenomenon of pipe blockage was noticed, the concrete was continued to be pumped forcibly, so that the concrete became tighter and tighter, causing pipe blockage.

Measure: As a concrete pump operator, you must concentrate your attention during the pumping process and keep abreast of the readings displayed on the pumping pressure gauge. If the reading of the pressure gauge rises rapidly, it is necessary to reverse the pump for two or three strokes in time, and then forward the pump, so that the pipe blockage can be eliminated. 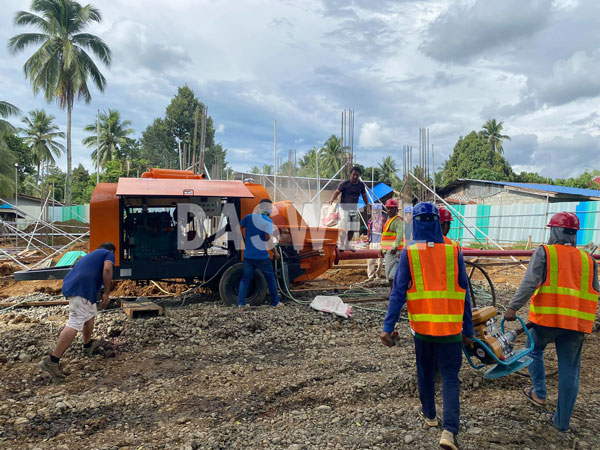 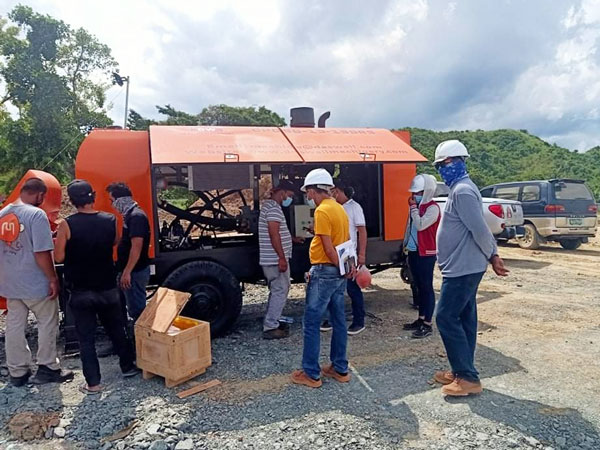 Measure: Try to avoid interrupting the feed for too long. Generally speaking, the stoppage should not exceed half an hour in summer and 45 minutes in winter. If the waiting time is too long, you can make the pump run at low speed and turn down the flow rate, and properly reverse pump to maintain the fluidity of the concrete.

During the pumping process, the operator must choose the speed reasonably, that is, the pumping displacement. And operators can’t just pay attention to speed, sometimes speed is not a good thing.

Measure: When pumping for the first time, because the pipeline resistance is quite high, in this case, it is necessary to pump at a low speed. After ensuring that there is no abnormality in the pumping, you will be able to adjust the pumping speed appropriately. If there are signs of pipe blockage or if the slump of your concrete is very small, you must pump at a low speed to avoid blockage.

How to determine the location of the blocked pipe?

Generally speaking, when the concrete pump pipeline is blocked, the operator can hold down the button of reverse pumping. Generally, pumping in reverse for 3 to 4 strokes, and then pumping in forward, the blockage problem can be solved.

If the operator repeatedly performs the operation 3 to 4 times and still cannot solve the blockage, he can only find out the location of the blockage and remove the pipe to eliminate it. 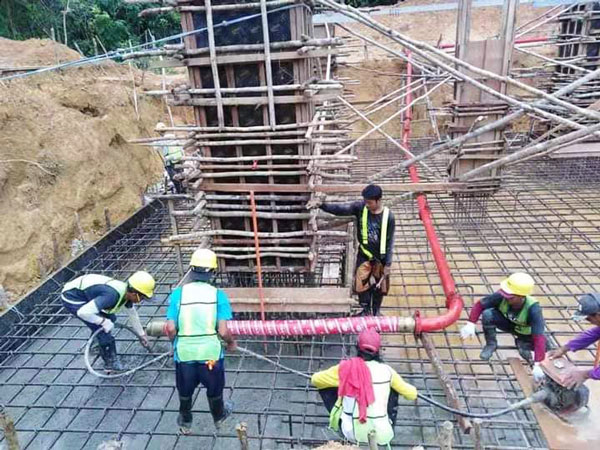 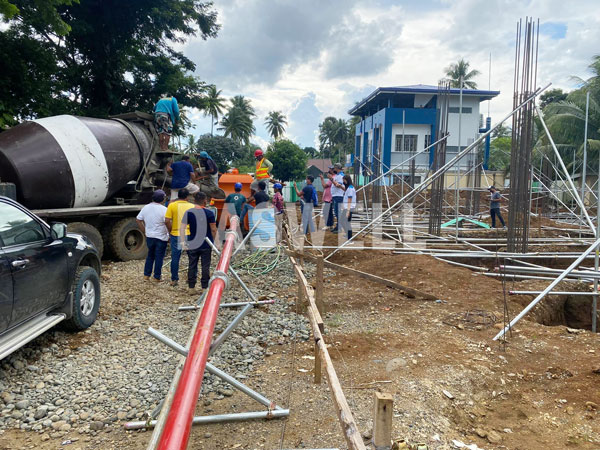 So, how should the operator determine the location of the blocked pipe?

The operator can alternately operate the reverse pump and forward pump while tapping along the delivery pipe. The sound of blockage is dull and there is no sound of concrete flow. Find out the location of the blockage and just dismantle the pipe to clean it. 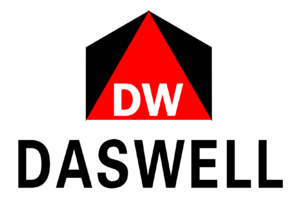 In the process of using concrete pumps, it is inevitable that you will encounter various problems. If you can look for a reliable concrete pump manufacturer, you can enjoy the thoughtful service. When you meet some troubles, your manufacturer can help you solve them quickly. Therefore, looking for a trustworthy supplier is the most important thing whether in local area or abroad.

Leave your message to us, and we will reply you as soon as possible!